Before the French Revolution, Paris still had traces of medieval architecture. Then came the time when a major urban development project changed its appearance. Introduced in 1853, the Haussmanian style gave a completely different image to the capital and quickly spread to other French and European cities. This type of architecture continues to seduce many homeowners to this day. Let’s zoom in on Haussmanian architecture and decoration.

In the 19th century, the streets of Paris were narrow, dark, and dirty. Most of the buildings were too high for the width of the streets, which did not allow light to pass through. The capital looked messy and unsightly. The inhabitants complained about the insalubrity causing the spread of epidemics. Napoleon III asked Baron Georges-Eugène Haussmann to develop an urbanization plan to transform the city completely upon his return from London. This man, known for his efficiency and pragmatism, was appointed Prefect of the Seine. In the new city plan, it is intended to develop :

– Boulevards running through the heart of the city,
– Buildings not exceeding six stories in height and proportional to the width of the street. These are built with the same material (cut stone) to achieve uniformity.
– Gardens and parks in each district
– More extensive traffic lanes.

The primary beneficiaries of the project were bankers, merchants, and property owners.
Since the completion of urban planning, the city of Paris has become clean and dazzling. Today, nearly 60% of Parisian buildings adopt the Haussmann architectural style. The cholera epidemic has disappeared.

Characteristics of the Haussmannian Architectural Style

Seen from the outside, Haussmannian-style buildings are easily recognizable by their facade made of light gray ashlar, carved linearly. Their pitched roofs are sloped at 45°. As mentioned above, the buildings are the same height and have a maximum of 6 floors.

Each floor has its own characteristics:

– The first floor is designed for commercial use. It has a higher ceiling height compared to the other floors.
– The second floor is used for the storage of goods.
– The second floor, the largest of all, is characterized on the outside by numerous balconies and on the inside by decorative moldings. At the time, this floor was reserved for noble class people. The ceiling height was 3.2 meters.
– The third and fourth floors are less spacious. Middle-class people used them. The ceiling height is reduced, and the interior architecture is more classical. Later on, these levels will also integrate balconies.
– Finally, the sixth floor, which served as an attic, was dedicated to the building’s servants. Today, these apartments are highly prized for the panoramic view they offer to their tenants or owners.

In addition to its exterior architecture, a Haussmannian building is also distinguished by its carefully decorated interior.

Marble fireplaces are typical of a Haussmann-style interior. Equipped with an open fireplace fueled by wood, they guarantee comfort and family time. Nowadays, they decorate wonderfully the living room or the bedrooms.

A Haussmannian interior loses its elegance without its plaster moldings. On the base, on the doors, or the ceiling, these decorative ornaments cover almost every room in the building. 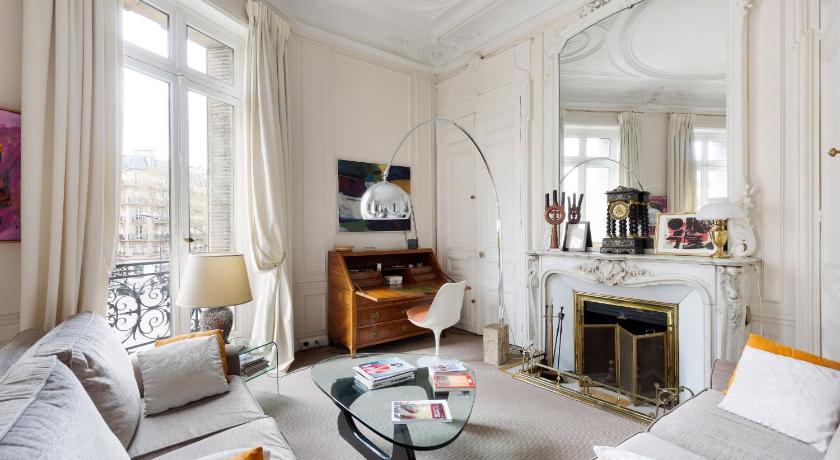 Flooring par excellence, the herringbone or herringbone parquet, gives the Haussmannian style interior a specific particularity. Being a perfect insulator, it provides each room with unbeatable thermal comfort.

The Mirror With Golden Moldings

Installed above the fireplace, on the floor in a bedroom, or in a dressing room, the mirror with golden moldings is an essential accessory of a Haussmannian interior. 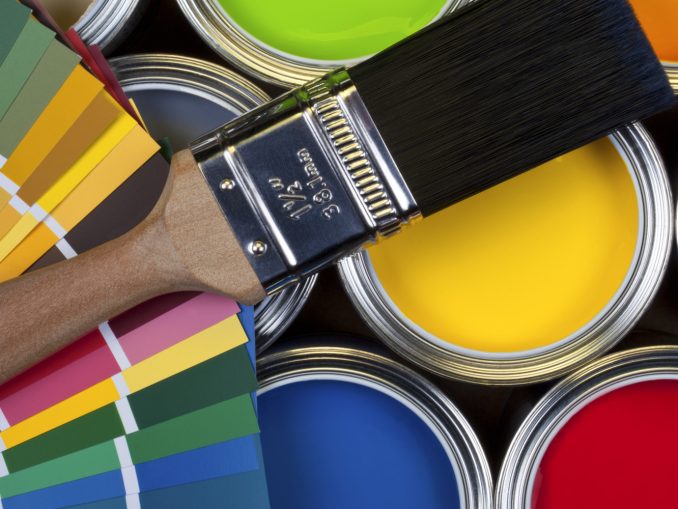 Why Choose A Colorful Interior?